No fewer than ten persons feared dead while several others are injured after an Air India Express flight carrying 191 passengers skidded off the runway while landing at Calicut Airport in Kerala on Friday evening, August 7.

Local news agency reported that the Air India Express flight which was coming in from Dubai landed in heavy rain thereby overshot the runway causing the aircraft to split into two parts as it skidded off the runway.

The incident took place amid very heavy rainfall in the area around 7:38 pm local time on Friday.

The flight was carrying 191 passengers, including crew members on board the flight. One of the pilots of the aircraft is believed to have been killed in the accident, while about 40 passengers are believed to be injured.

The Air India Express flight AXB1344, B737 from Dubai to Calicut was part of the Vande Bharat Mission, meant to bring home stranded people from other countries amid the Covid-19 pandemic.

Rajiv Jain, a spokesman for the Civil Aviation Ministry, said the plane broke into two pieces on impact.

He said that no fire was reported at the time of landing. “There are 174 passengers, 10 infants, 2 pilots & 5 cabin crew onboard the aircraft. As per initial reports, rescue operations are on & passengers are being taken to hospital,” he said.

Kerala CM Pinarayi Vijayan has instructed Police and Fire Force to take urgent action in the wake of the plane crash at the Kozhikode International airport (CCJ) in Karipur. 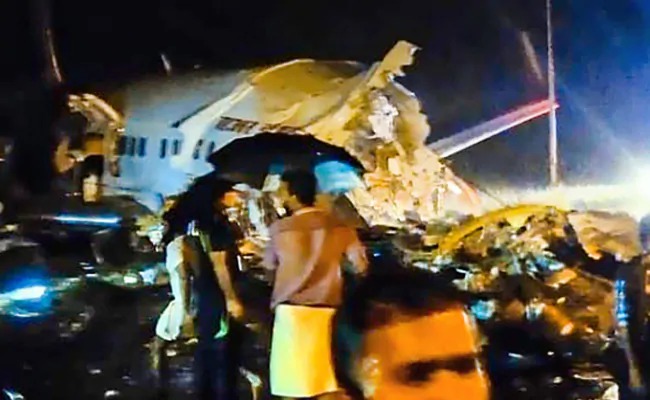 Related Topics:
Up Next

How Do You Women Scratch Your Hair If It’s Itching

“She won’t wash her forehead again”

“Tacha is the most bankable without opening legs”